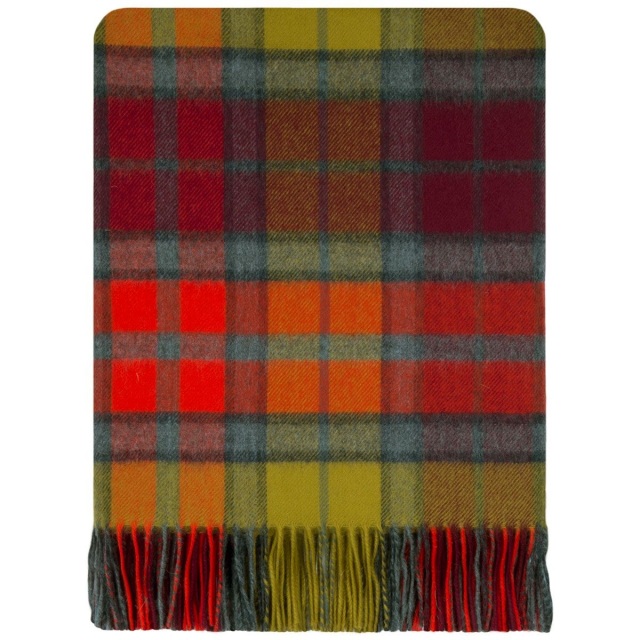 This scarf is made from pure 100% lambswool, lightweight, soft and cosy.

Scarf Dimensions: 70 in x 10 in including Fringing

Made in their Selkirk Mill in Scottish Borders.

For close on 700 years the lands of Buchanan on the east side of Loch Lomond were possessed by the Buchanans. In Gaelic the name is known as Mac a' Chanonaich meaning "Son of the Canon". The clan historian claims that the lands of Buchanan were given to the chief, for his services against the Danes, by King Malcolm II. They supported King Robert the Bruce during the War of Independence and also fought at the battles of Flodden, Pinkie and Langside. It is claimed that there were Buchanans among the 7, 000 Scots who assisted the French King after the Battle of Agincourt in 1421.

​THIS ITEM IS ELIGIBLE FOR RETURN. PLEASE READ OUR Return & Exchange Policy​

Sold out
Add to Cart